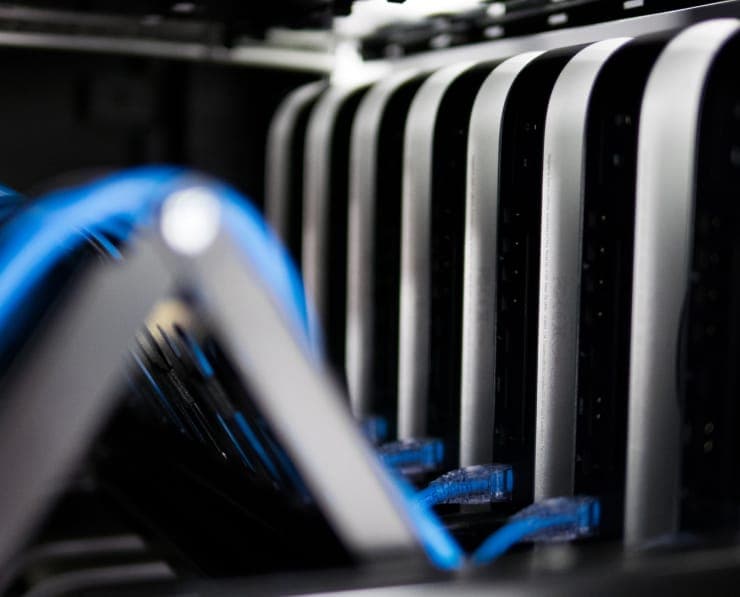 Resources to help Study and Tips...

1. What is a GCP Professional Cloud Developer?
3:00

6. Operating system versions and base runtimes of services
3:00

20. Deploying and securing an API with cloud endpoints
11:00

48. Deploying and securing an API with cloud endpoints
11:00

49. Demo Deploying and securing an API with cloud endpoints
4:00

50. TesTips Deploying and securing an API with cloud endpoints
2:00

53. Choosing data storage options based on use case considerations
6:00

58. Using the strangler pattern for migration
3:00

8. Creating a Cloud Source Repository and committing code to it
8:00

2. 3.1 Implementing appropriate deployment strategies based on the target compute
1:00

11. Configuring a VM for Stackdriver monitoring and logging
5:00

12. Creating an instance with a startup script that installs software
3:00

20. 3.4 Deploying an application to App Engine. Considerations include:
1:00

24. Cloud Functions that are triggered via an event
5:00

25. Cloud Functions that are invoked via HTTP
2:00

33. 3.7 Deploying and implementing networking resources. Tasks include: Creating an
1:00

2. Enable Bigquery and permissions on dataset
11:00

7. Writing an SQL query to retrieve data from relational databases
9:00

18. Configuring a Cloud Pub/Sub push subscription to call an endpoint
5:00

20. 4.2 Integrating an application with compute services. Tasks include:
1:00

22. Writing an application that publishes/consumes from Cloud Pub/Sub
5:00

Well, welcome aboard, everyone. Again, one thing I'd highly recommend you take a look at is going over to one of my many blog posts on the Cloud Developer exam. The one with the most detail that will really get you started is called the GCP Professional Cloud Developer Deep Dive Notes. Preparing for the exam now, you'llwant to go through this. I've got lots of pictures, commands, and examples we're going to look at throughout the course. I would recommend you take probably 30 minutes to go through the content here and just try to get yourself, I guess, familiar with what we're going to be talking about. This is an exam worthy of a lot of effort, but you'll be very happy once you're done passing the exam. So with that said, there's a lot of great, detailed content that you'll find pretty useful as well. So with that said, take a quick look, 2030minutes maybe, see how you do as far asyour understanding of what you'll be tested on, thisis, again, the Deep Dive Notes. The link is in the description. Let's go ahead and move on. And for those without the links in your course format that you may be using, it is on my blockchain, experperts.org. Again, myblockchainxperts.org is right there. Go in it and type in "Cloud Developer." I've got more than a couple of posts on the Developer Exam. Let's go ahead and move on. We have much to cover in the next two days of training.

Well, let's talk about the structure of Google Cloud.Now, with GCP, there is a different approach thanperhaps you get an AWS or Azure for example.So it's really important to understand some ofthe terms around how things really fit in.Now, one of the things I want to talk about just tomake sure that we can grasp is the power of a project.Now a project is actually part of the structure.Now we can have a GCP environment withone project or ten projects or even more.And if we're using G Suite, for example, wecan tie in what's called an organisation as partof our corporate hierarchy in our basically G Suiteor Cloud identity hierarchy that we deploy.Now basically we want to think ofthe organisation as the top level.So it's generally if you're using G Suite as anenterprise, you're likely going to have a domain and thatdomain is going to be tied to your organization.That organisation we could choose to pull intoGoogle Cloud or actually I should say, pullthe organisation as part of our GCP structureand have it be part of a lifecycle.So what I mean is this if I wantedto have a centralised policy where my company A.commanages the three projects that it has, then itcould manage everything as part of an organisational administratoror Admin as it would be known.And so we would tie our Cloud Identity orG Suite capabilities into an organisational admin role.Now we could also be using G Suite aswell and not actually be managing our projects centrally.If we want, we can have differentproject owners manage these individually, and underthe projects would be different resources.Now, on the exam, when we take the exam,it's really important to distinguish why we may wantto have one project, two project or three projects.Now generally we want to think a bitabout this from a couple of perspectives.But for the purposes of the intro part ofthe course, I just want to cover the basics.And as we proceed through the course, we'llcome back to the hierarchy, especially through thepractice questions, et cetera, that we'll run into.Because one of the areas that you may needto think about when structuring your application is dowe deploy one project, two projects, or three, orwhatever the number is, and do we need tointegrate it with G Suite or do we not? G Suite provides some great value toyour organisation if we do integrate withG Suite, for example, or Cloud Identity.Well, let's say one more thing before wego to the next part of the course.The next module is let's say, for example, we haveour on prem services and our on Prem services.Let's say we're using basicallyLDAP or Ad Active directory.What makes us really nice is if we wantedto, we could have our directory services tied intoG suite, which in turn would help us synchronizeour services as well in GCP.And we would want to use basically what's calledGCDS, which is basically Google Cloud directory services.And we'll have more on that coming out.But I just wanted to point outhow the life cycle could be created.So for example, if let me do a different carl here.If let's say, for example, HR notifies, if HRnotifies your, let's say email administrator, that email administratormight delete your G suite services, but will theyactually delete your account on Google Cloud or migrateyour services to another account owner, for example? And if we do this appropriately,we could create a lifecycle.And that's something we'll talk more aboutin the more advanced part of thecourse when we get into the objectives.So think about a project as part of a hierarchy.The organisation is a top level hierarchy.And now one last thing before we go is around folders.Now folders here, if we wanted to, wecould create basically a much more granular approachto our resource structure if we want.And we'll talk more about folders in the item sectionbecause because to use folders we need to use, ofcourse I am as part of the structure.It's a way to get really granularin our resource distribution, essentially in control.So let's go ahead and move on to the next module.

In this demo, let's go ahead and create a project. But before we do, let's recap what a project is. Essentially, a project on Google Cloud is where you're going to be able to organise your resources. And resources could be your storage buckets, your cloud, your SQL app engine, or any other services you use. Now a project is going to consist of the users, your APIs, any billing requirements, authentication, and monitoring as well. But with that said, a project is extremely useful for many different reasons. Let's go ahead and create a project. Now, as you see, I'm logged in, and I have one project already created, and it looks like I already have another one. So I have two total. Now I go ahead and create a new project here, and when I create a project, you'll notice that it says I have 23 projects remaining in my quota. Well, that's essentially the quota that is set based on the type of account that you're using at the time. So if you have a free tier versus a paid account, your quota will likely be a little different. And if you do need to exceed that for some reason, you would have to put in a request for support, and they would normally approve it unless there's a reason not to. But basically the first thing we want to do is name our project. Now, generally, you want to name a project something that makes sense to your organization. so I'll call this production. Now if I was using G Suite and I had an organisation essentially set up, I could go over here and basically add the organization, and then under that organization, the projects would be under the organization. So basically, just like it's saying here, the organisation would be the parent, and the projects that I would have under that organisation would be the have under that orgaThat's actually a really nice way to structure lifecycle management. You could also structure the permissioning and add granularity as well. You can have the organisational admin manage all the projects, or you could just delegate it to the individual project owners, whichever you so choose. Now, when we create a project, there are three things to pay attention to. Generally, the first thing is the name; the second thing is the project ID. So I could go ahead and change the project ID at the time of creation. Now I can't change it after I create the project, and then after we create the project, we're going to have a project number. Now the project number will not be something we could change, so basically it's going to go ahead and create a project. And once that project is done, we'll go ahead and take a look at all the information about that project, and it looks like it's already done. So if we go up here, you could see that now we have our third project, which is called "production." So we have our project ID right here, and you see that these are the project ideas. This is a project name and the project number. Now, generally, when we reference a project, if we're using Google Cloud or if we're using our APIs, we're going to want to reference the project ID, essentially. So if I go into production, you can see that I don't have any resources for this project. Well, that's because I just created the project. And what do I have to do? I have to create resources and add them into the project. Now, if I go back to the previous project, you can see that I already had resources for that project. So remember, a project is a way to organise your Google Cloud resources. Generally, as a best practice, you may want to have production resources in one QA and development in another QA. Or you could also think aboutit from a compliance perspective. Maybe you have specific information that can't leave, for example, the US. It has to be based in the US. So you want to create a project with resources thatare essentially located in a region in the US. So creating a project is very straightforward. Now, you create a project in console byGcloud or also the API as well. With that said, let's continue onto the next part of the course. 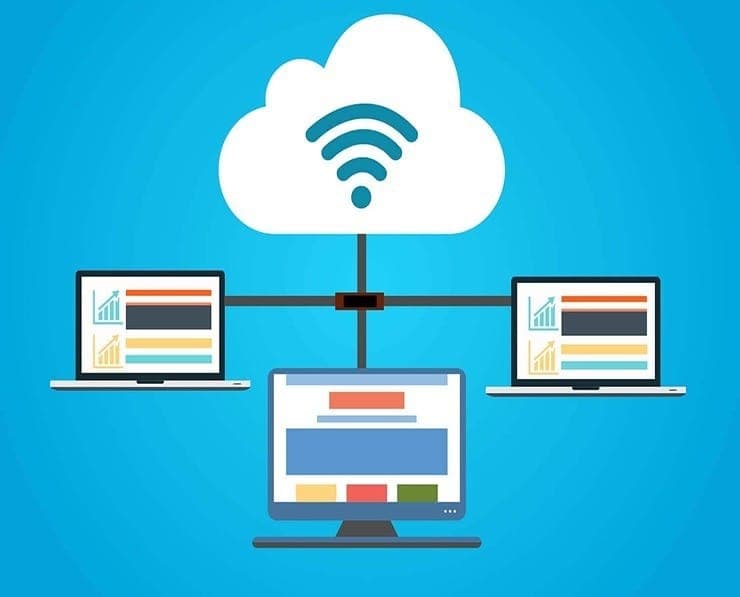 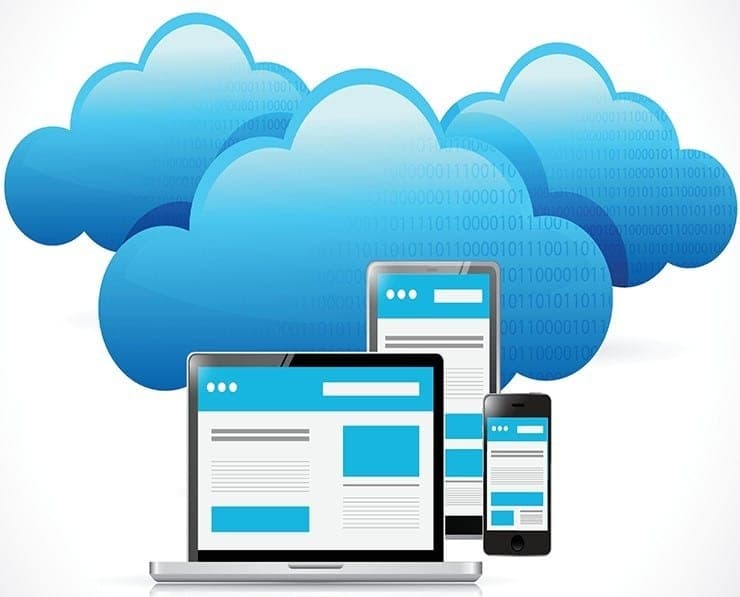 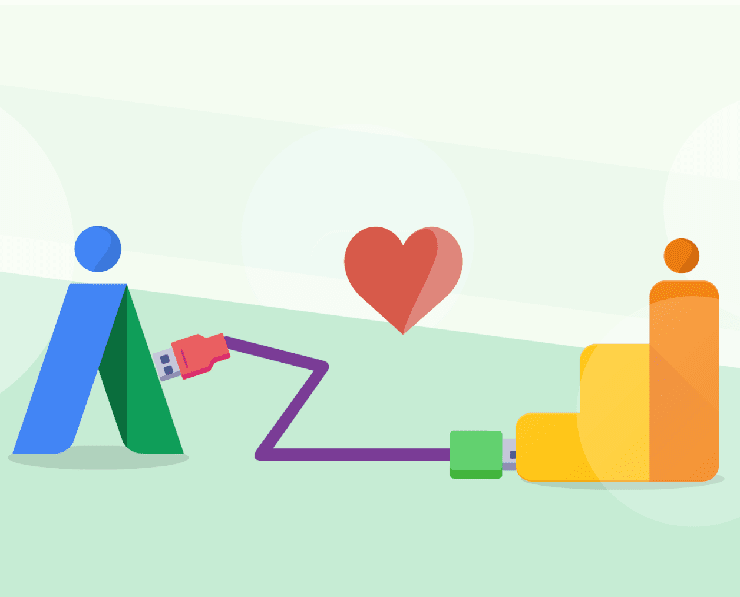 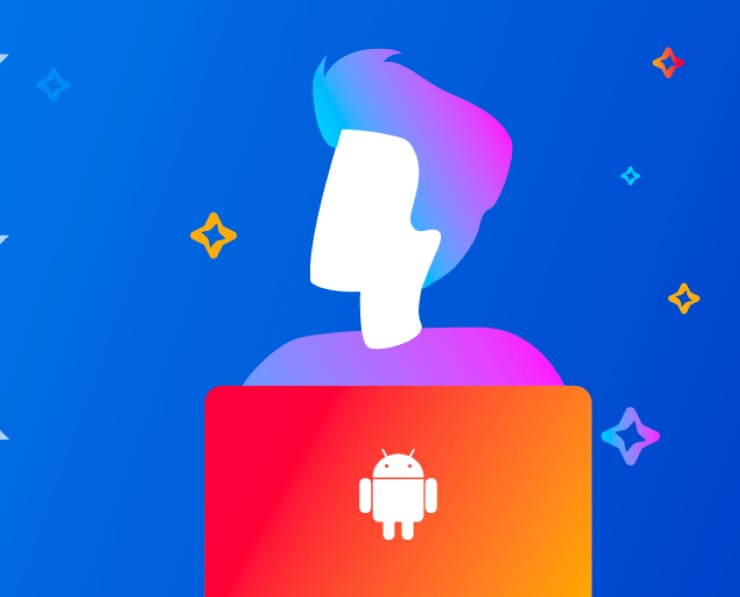 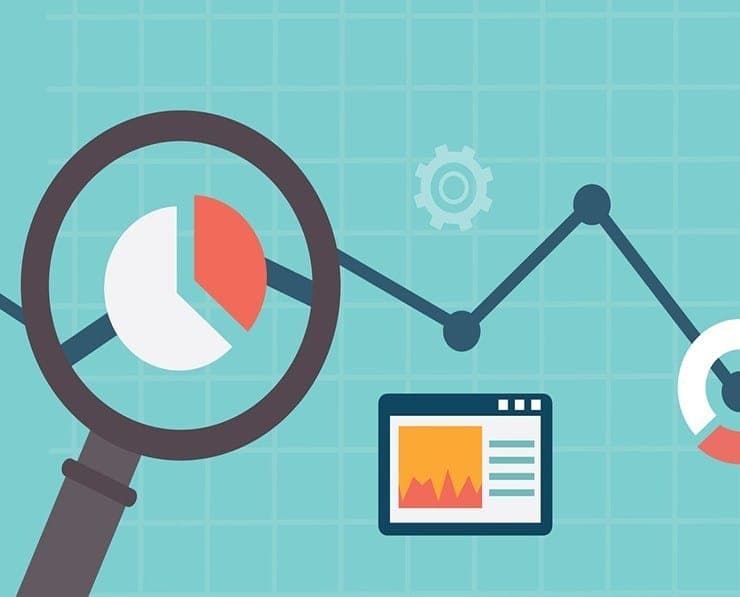 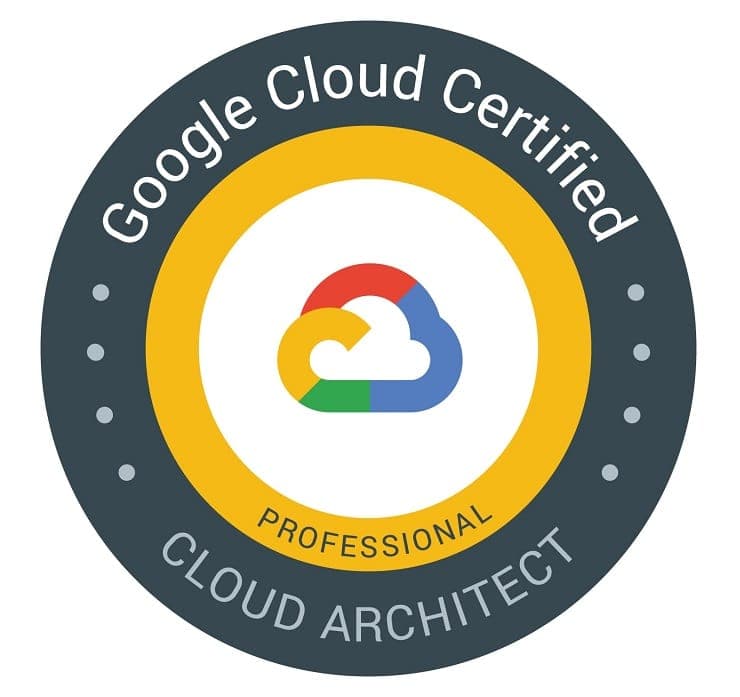 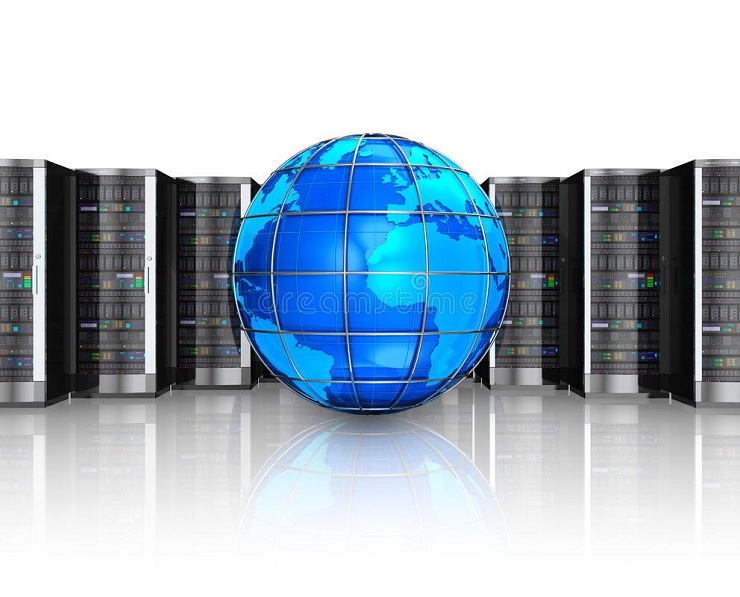 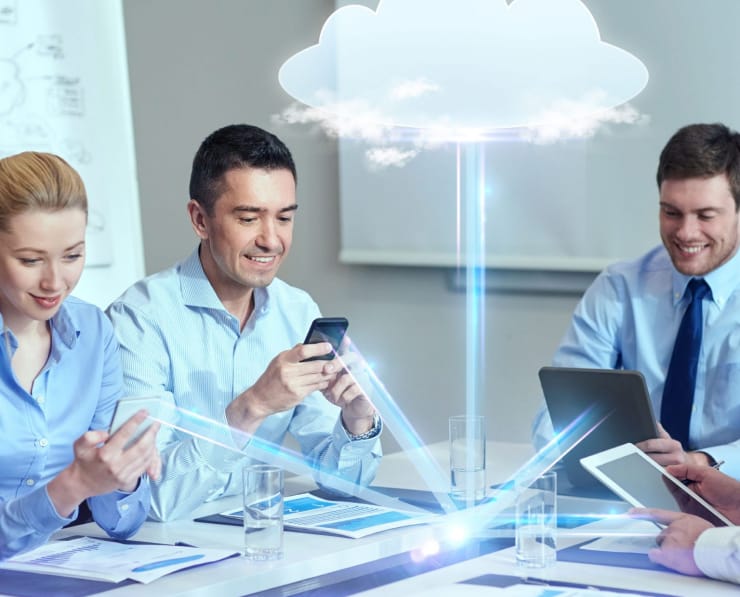