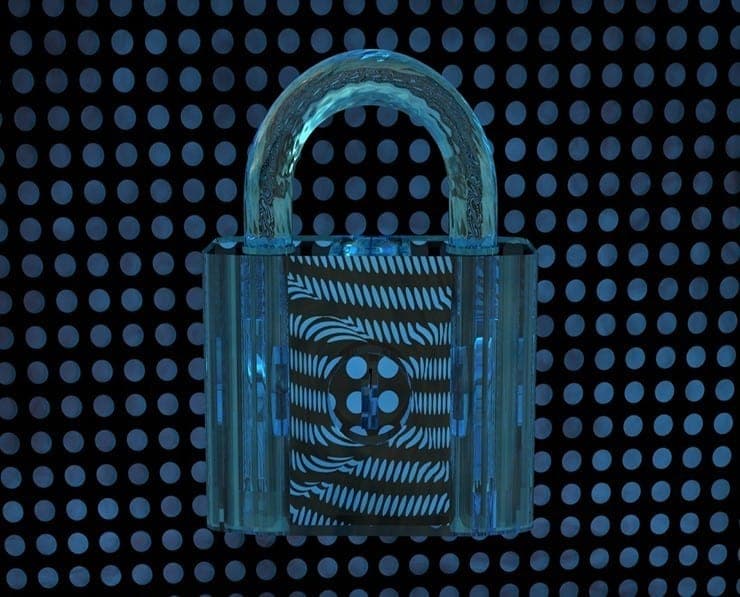 7. Layer 2 Features and Limitations with demonstration
9:54

3. Configure the firewall to use user ID agent
9:03

6. Static NAT with Port Translation Use Case and scenario example
18:37

8. IPv6 issues related to Windows and policy based on IPv6 addresses, example
12:52

5. AWS routing issue to be aware of

And one thing you need to be awareof in Amazon AWS created multiple routing tables. We created one for the DMZ, one for inside, and one for outside. And the VPC in Amazon AWS, for example, has an overarching network segmentation of 172. And this is going to always be in your routing table. So you'll have in each routing tablethat there is 172 31, 00:16. And unfortunately, even though we have separate routing tables for each of the interfaces of the Palo Alto Powerwall, that route is still there. So it's kind of misleading a little bit, because if you want to route traffic and go to the firewall, if you don't put the default gateway, So, inside, we have all three in the routing table, and you have servers in each segment. Outside is basically the gateway to the Internet, and you have the PowerAtto Firewall. So once you created DMZ segment, inside segment andhave interface to the firewall for each of thesegments, you're going to make the default gateway, theinterface in DMZ, you're going to make it theinterface that connects to the parallel to Firewall. Inside, you're going to make it the interface for the Palo Alto Firewall. And this will be your primary interface, to which you will point your public IP address. Okay? However, when it comes time for the DMZ server to talk to the DMZ server to talk to the inside server, this route takes effect. So basically, the traffic is going to get routed through Amazon to the inside routing table. It's not going to use the Palo Alto Firewall interface, and the reason why there are overarching routes that exist is So to make sure that the traffic goes tothe Palo Alto Firewall, you need to have thedefault gateway, the IP address of the firewall. Otherwise, the traffic will basically bypass and go through AWS, and each of your servers will have the default gateway pointing to the interface. So if you're on the inside zone, you basically point the default gateway to the IP address of the file. your DMZ zone, you point the default gateway to the DMZ server. So Windows is pretty straightforward. You just basically right-click on the interfaces and put the IP address and netmask and the gateway, which points to the Palo Alto Firewall, and then put your DNS server pointing to your Windows server. This way, you get the resolution for the internal LAPD local domain. So that's something you need to be aware of even though the default route doesn't take effect because you have a route that is more specific. If you try to reach from the inside server, which is CMG 31 and 215, to the DMZ server, which is 315, the routing table would look at the route and say, "Okay, well, I have a route to 1, 7, 2, 3, 1, 0, 0, 16, so I'm going to use this." The next hospital up would be myAWS' default gateway, which is 172-3121. So that's why you have to point the default gateway to the actual parallel firewall interface IP address.

In this lecture, we'll talk about the Unit Lab. The Unit Lab software is free software that allows you to simulate an environment, including the power to firewalls, and you can install a lot of virtual machines from different vendors. the version that's required to run on a machine that runs Ubuntu. A lot of this stuff is outside the scope of my class, but I want to show you guys what needs to be done. So basically what you need to do is downloadthe software, which click on Download, and here youinstall basically Ubuntu first, and then you install thepackage from this URL, and then do Apptget Install,and then app get Install. This will install the full Unit Lab softwarethat allows you to add Palo Alto Firewallsand Cisco routers and other VMs. There's also an OVA available. So you can also download an OVA that hasthe software, but it doesn't have any VMs. So in the previous lecture, we saw that you were able to get the Qcal Two files, and those QcalTwo files are used to allow you to launch VMs for testing purposes in your unit lab environment. So basically, what steps are you taking to create an Ubuntu Server VM Irecommend having four Pcpu, 24 gig of Ram, log into theVM and then import the package for Unit Lab, and thendo app to update and app to install Unit Lab. After that, you simply download the Qcao Two file from Palo Alto, login as root, create a folder for the Palo Alto Firewall next year, optunaclub the kiomu, and put the folder's name, which is Palo Alto. Dash whatever version you want, and then upload the file, the QCATU file, to your server using Win, SCP, or any other copy utility. Copy that file to that folder; you create it, and then go to the directory Op Unit Lab, Umu, PaloAlto, and then rename the file to HDA. Once that's done, run this command to repair permissions. And then once you're done with that, you basically log in to the web interface, and then you can create any instances. So I want to create an instance of Palo Alto. I can click here, add a new node, choose PaloAlto VM, and then choose the version, and then add, click Save, and then it's going to add. To create connections between links, you just click Connect Node," and then you can connect stuff together by dragging and dropping it. So the guy who created Unit Lab has a lot of tutorials on YouTube. It is your best friend if you want to create an environment in which you can try new things, such as doing in lectures.

The settings that you have to create off the bat to make sure all is set up correctly are that you have to give it the host name; by default, the host name is the platform name, which in this case is PAVM. You can receive the hostname from the HCP server if you'd like. I don't see this typically done if you want to secure the SSL traffic. By creating a certificate, you can create one specifically for the management interface and create that. You can specify the time zone and geocoordinates for this firewall and click okay. So this is one of the parts of the first settings, the "typical" settings, the "panorama settings." If you're using Panorama, you have to put the panoramaserver IP address and click Okay on that, and then Management Interface Settings You can restrict which networks can access the management interface by specifically putting IP addresses in this list here or network addresses, and you can put a banner when users log in that says "This is put in a message warning the user." You can also change the background. The text colour can be changed to something different, and those are kind of cosmetic changes. By logging in and reporting, you can restrict the number of blogs that the firewall keeps by default; there are default settings in place. In this case, traffic gets a 32% quota, and each type of category gets some quota. Under operations, okay, because I'm logged in as that full-access user, I'm not getting the full menu here. Let me go back to under operations.I'm getting more features, which I'm not sure why, when I log in using gradients so I can revert to the loss-saving configuration or the running configuration. Let's say you made some changes and now want to cancel them. You can revert to the running configuration, you can save the configuration snapshot, you can load the configuration snapshot, you can export the configuration, and we're going to see that in a future lecture. How to export the configuration and see the data inside the configuration You can boot the device or shut down the device. Under services, you have to specify a DNS server because otherwise the file will not be able to download updates, and you can specify an NTP server. You have to specify an NTP server; otherwise, the logs will not be accurate and the lock time will not be accurate. Under server features, pretty much all management traffic always goes to the management interface. But let's say there's some stuff that is not reachable from the management interface. You can customise and send some traffic for different features like DNS, email, Kerberos, and LDAP; you can send them over a different interface, or you can specify the destination. But you can say, like, if you're trying to reach this destination, use this source interface. You can also do complicated let's say you do changes. I made some changes, and I want to compare and see what the difference is. I can compare the running configuration with the candidate configuration. The running configuration is what I have running on the firewall right now. And the candidate configuration is pretty much all the changes that I've applied that are not committed, that I created on the file, but they're not permitted. So if I want to review what changes I've made, I click on "Go to compare" and it will tell me. I see that I changed the last name. This is new added, added a banner green. So orange is what changed. Green was added. So this is the Canadian configuration. This is the current running configuration. You can also specify the minimum password complexity here for administrators. When administrators change their passwords or create their own passwords, you can specify a little bit more complexity at the minimum length, including uppercase, lowercase, numeric, special characters, and so on. So the most important ones are that you must enter the domain when you first configure the firewall's general settings. So, in this case, it's Lab local. That's the default domain for resolution. So that's good to have a domain as well. And we're going to see this in the Kerberos lecture. In order to authenticate to Kerber, you must have a domain. So that's basically some of the settings that youhave to go through when you create the file. 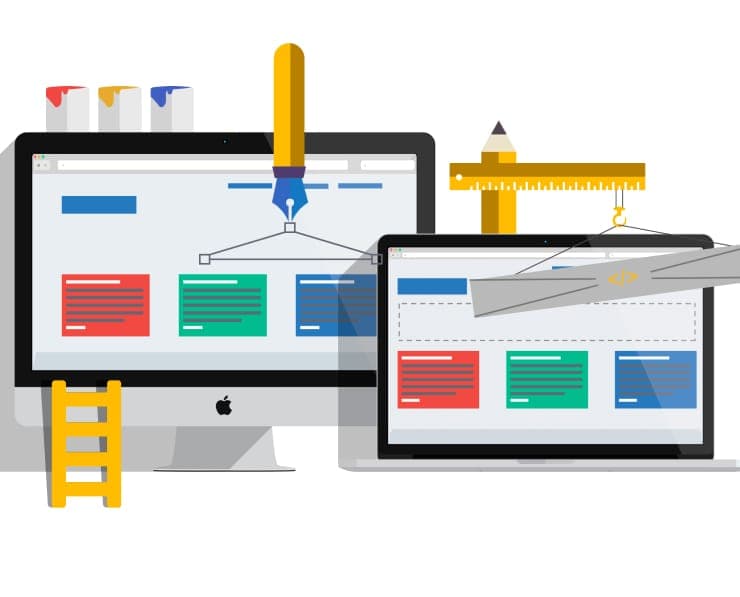 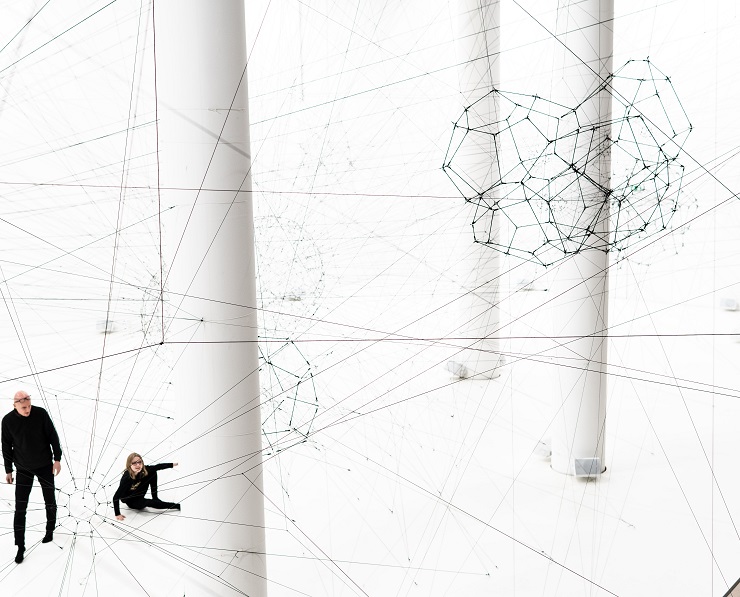 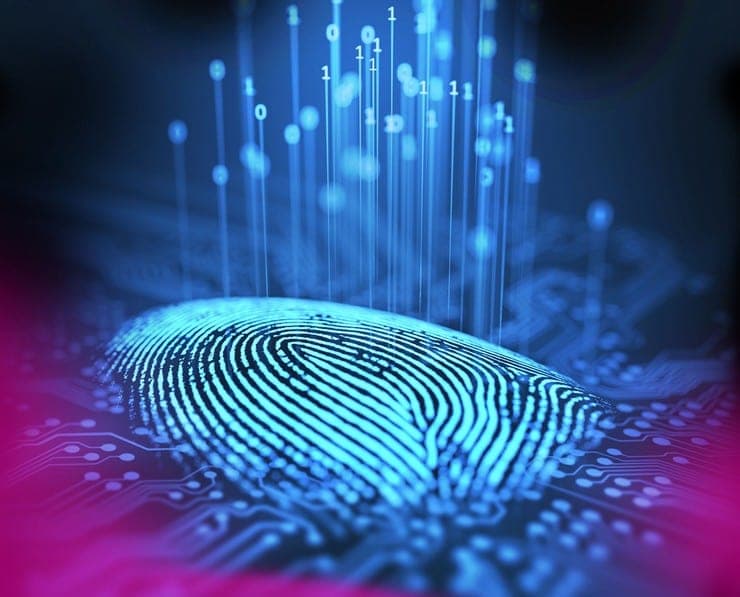