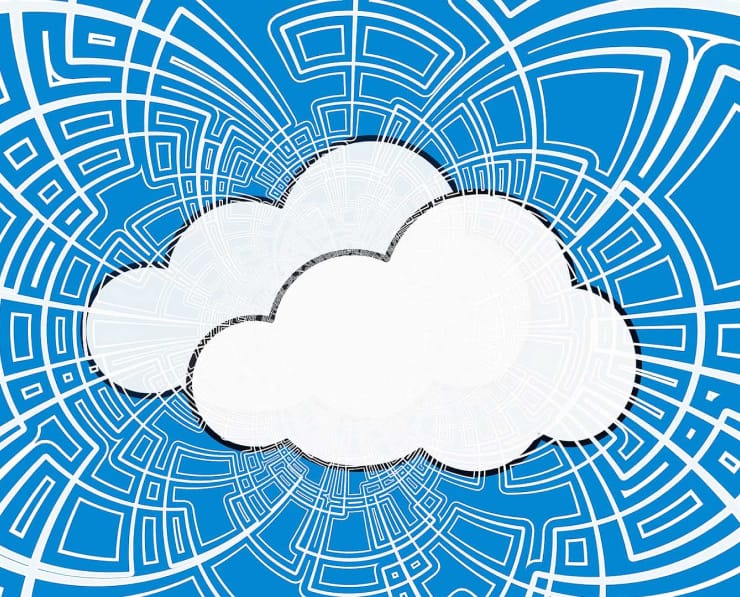 2. Traditional Networks vs Controller Based Networks
2:00

3. Next Generation Firewall and IPS
9:00

Multi-arriospf, which is a way of limiting the amount of neighbours in an area, is also a design option for the OSPF by using multi-oreo SPF. We are having smaller link state databases and routing tables, and we are making rare SPF calculations. This design is suitable as a solution for large networks to decrease processing by over half. As you can see in here, we have multiple areasin here and they are area 50 and the area60 and each area is connected to area zero whichis backbone area by an area border. Rather, each additional area in an OSPF domain must have a connection to the OSPF backbone area, as I told you. And such connections are maintained by an interconnecting router known as an area border router, or ABR. An ABR maintains separate link state databases for each area itself and maintains summarised routes for all areas in the network. For example, if the link between Rather Eight and Rather Nine is down area burger router, which is rather true for this area, default isolation occurs. So just area 50 is affectedfrom failure and makes SPF recalculation. Let's go ahead with the autonomysystem boundary, which is ASPR, an autonomousystem boundary. Rather, it is a router that is connected by using more than one routing protocol and that exchanges routing information with its autonomous system. Asprically also run an exterior running protocol for examplesuch as BGP or use static routes or both. An ASPR is used to distribute routes received from other external autonomies through its own autonom system.And here are the OSPF LSA types. We have seven types of the OSPF LSS. The first LSA type is the router LSA, and this LSA is generated by Dr to describe the neighbours connected to that segment. The third and fourth LSAs are the summary LSAs, and these guys are generated by ABR to describe errors to ASPR for neighbours outside the area. Type 5 LLC is the external LLC, and they are generated by ASPR to describe routes to redistribute it into the area. The 6th is the multicast LSA, which is used in multicast OSPF, and this is not supported in Cisco devices. And the selling LSA type selling is theNSSA external LSA not so stubby area andgenerated by an ASP are inside NSSA areato describe routes redistributed in the Notsobby area. Let's go ahead with the OSPF routing table review. As you can see in here, to display the OSPF rods for the router 4, we are typing show IP rods and the OSPF command, and we have some entries in here. As you can see, we have some keywords, which are IA or some letters like O in here, and they mean O means, for example, the SPFIA means the inter array, and we can also see the E one and E two as you can see in here. And these guys are the externalroutes redistributed into the area. Let's go ahead with the OSPF router summarization. In an OSPF design, just ABR and ASPRrouters can summarise the route skies. Introduction and, as I told you, ABS can summarise the routes between Backbone and the other areas. And as you can see as an example, in here we have two separate networks, which are 1041-10 and 104120-24, as you can see in here. And router two, for example, which is an AVR, is representing these routes by using a single route, which is 1000 and 4122. ASPRS can also summarise in OSPF 2, and ASPRS can summarise many external routes into one link state to configure multi-OSPF. We are using these commands as you can see here. For example, on router two, to configure OSPF, we are typing router OSPF and the process number and hitting the enter key. Then we are in the config router mode anymore. The first thing we should do is define our router ID. First, we are defining a router ID. Please pay attention and remember that, as I explained to you on our previous slide, this is not an IP address or something like that. We are mostly defining our router ID mostly.We are defining these guys similarly to our router names. For two, we can mostly use "two two," but that is arbitrary. But in most cases, we are using it like that. And then in the third step, we are defining our network statements. For example, this guy is rather closely connected to these two networks. As you can see, we have two networks, which you can see here. And we are defining these network statements. For example, consider network ten (41,500) with a wildcard mask of Europe (255).Because if we are using 24, which means 255-255-2550, and if I convert this to the wildcard mask, that's the wildcard mask of the subnet mask zero, zero F, and this network belonging to the area 15, area 50. I'm sorry. And I'm typing in area 50 with the same logic. As you can see, we have another network connected to router two. This network is in array zero, and we are typing network with the network ID 1041 260. And because we are using 24, the wildcard mask will be 255, and area zero will be the area zero.To configure rod summarization on an ABR, we are using the area range command. For example, for router two, if I want to configure route summarization and if I want to summarise these two guys by using a single network, which is 1041-22, the command I'm using is the area range command. Okay, I'm typing on rather to the area range. Then I'm typing the summarised draught 10410zero with the subnet mascot set to zero. Okay, that makes the summarization for us.

In our next section we are goingto talk about the OSPF optimization.In the first lesson of OSPF optimization,we will discuss Rat Summarization which wementioned earlier in in more detail.Rod summarization is an important perimeter for scalability inOSPF and helps us solve two important problems.The first problem is large routing tables and thesecond is fractioned LSA fluids through the autonom system.When a route is lost in each area,the routers in the other area are alsorequired to perform the shortest path calculation.Route summarization can be done on the AVR orthe ASPR to reduce the area database size.With Route summarization, ABRs or ASPRS combinemultiple route information into a single route.Rod summarization directly affects bandwidth, CPU powerand memory resources consumed by OSPF routing.With route summarization, only summarized routes are propagatedinto the backbone array which is array zeroand the stability of the network is enhanced.Here is how we can summarize the routes on the ABR.The commands we are using on ABR to summarizethe routes is Area and Area ID and range.This is the more important thing we need to focus.Then we use the IP address and a mask.We are going to take a look on an example too.If you want to summarize on ASPR which israther one for this example, the thing we areusing is the Summary Address command this time.Here, as you can see that we haveroutes on the external Sdomain which is EIGRP.And if you want to summarize these routeson rather one, we are using Summary Addressand the IP Address mask and that's it.And let's take a look tothe OSPF virtual links right now.Normally guys, when designing OSPF, each areamust be associated with area zero.A design like in the figure cannot be donefor OSPF, but if Arias cannot physically connect toeach other, a solution can be used temporarily.In such a case, the route table of RouterThree and Router Phone Four does not see orconnected to the Internet interface of router two.For this, the virtual link between Router Three and RouterTwo is configured as shell, as you can see.Now I figured that's the backbone area oneis directly connected to here, but area twois not directly connected to Pacman area andit's directly connected just to area one.To resolve this problem, we need to useOSP virtual links and the configuration is madeon the router three and router two.We type Router SPF and the process number andwe define the area one, this area which isdirectly connected to ray zero on both routers.Then we type virtual link and theRouter ID of the router three.And if you want to verify the virtuallinks, we can use Show IPSP virtuallinks command.The OSPF Stop and Totally Stop structurewas developed to reduce the size ofthe OSPF database and the routing table.For example on router one if we type show IP route,it can be seen that even the cords from the ripnetwork this guy are in the routing table of rather one.However, Rodber one does not need this route, itonly inflates the routing table of the router one.Normally we can solve this problemwith default route or etc.But our goal is to solve with OSPs.To solve this problem, stubby and totallystubby area configurations must be done.Stubby area this guy blocks type five LSSwhich means LSS from external networks such asRip or Aijr or something like that.And total stubby area blocks thetype three, four and five LSS.And let's check how we can configure the OSPF subarea.Let's take a look to the router threeconfiguration first, the OSPF configuration of router threeis rather OSPF and our process number.Then we advertise our networks and we are usingarea number which is area two and stop.Whenever we type this, the neighborhood between routerthree and router four is downown unless weconfigure the OSPF stop flag on router four.And to configure the OSPF stop on routerfour we are typing the same thing.We just type area number and stop and that's it.And let's take a look to the OSPF totallystubby area configuration to configure a totally setup areaon router tree which is an AVR with typearea area number and this time we type stop.No summary instead of stop but in router fourwe are typing again area number and just stop.And this makes these configurations make area twoas total stubby area and we block thetype 34 and five LSAs in this area.Allows the external routes outside the OSPF autonomoussystem to be advertised in the OSPF autonomyASPR is found in NSSA and external networks.Fluid in NSSA with a The ABR whichcommunicates the NSSA with the other areas doesnot allow the transmission of type seven LSAs.It receives and converts them into type fiveLSAs and transmits them to the other areasallowing the OSPF autonomous system to learn theexternal networks of the other areas.And here is how we canpropagate a default route in OSPF.If you want to propagate a default route inOSPF, we type router SPF and process number.And here is the command for propagatingdefault information and originate propagates a defaultroute to other guys in OSPF domain. 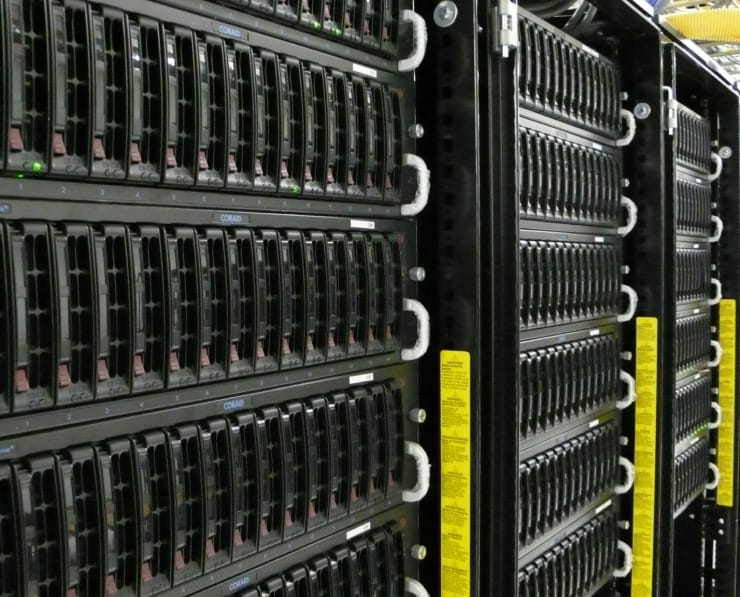 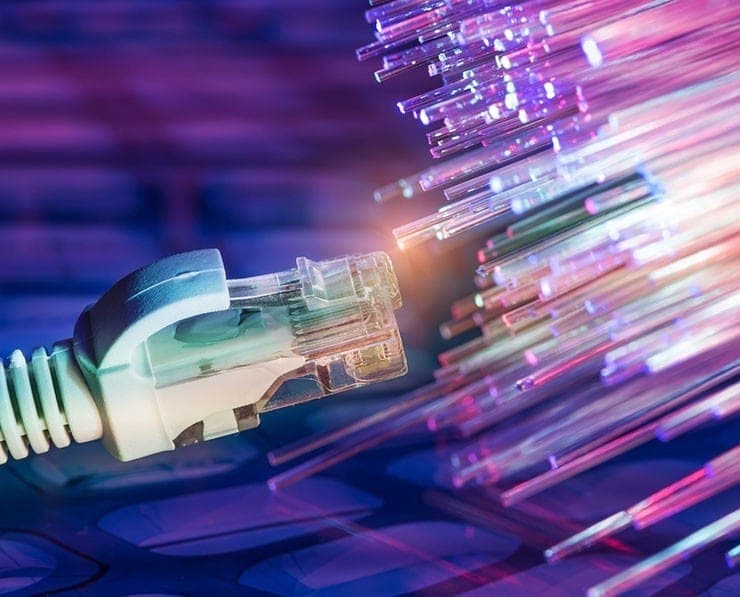 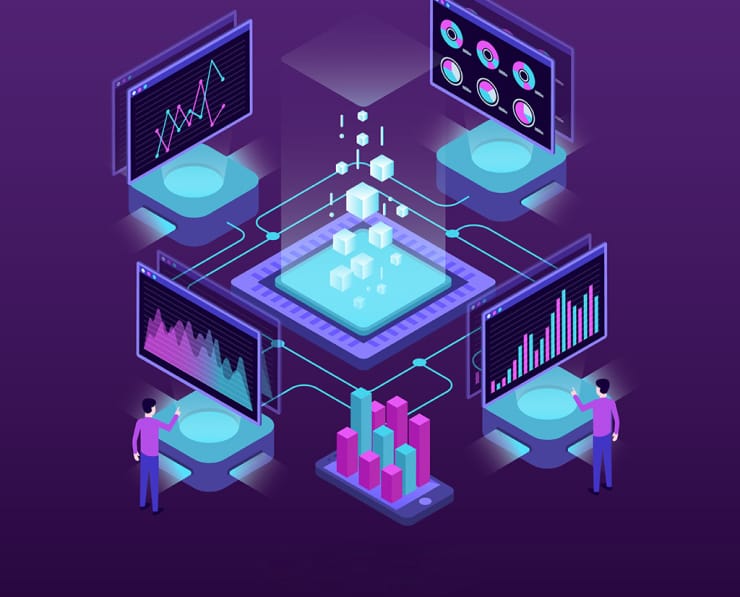 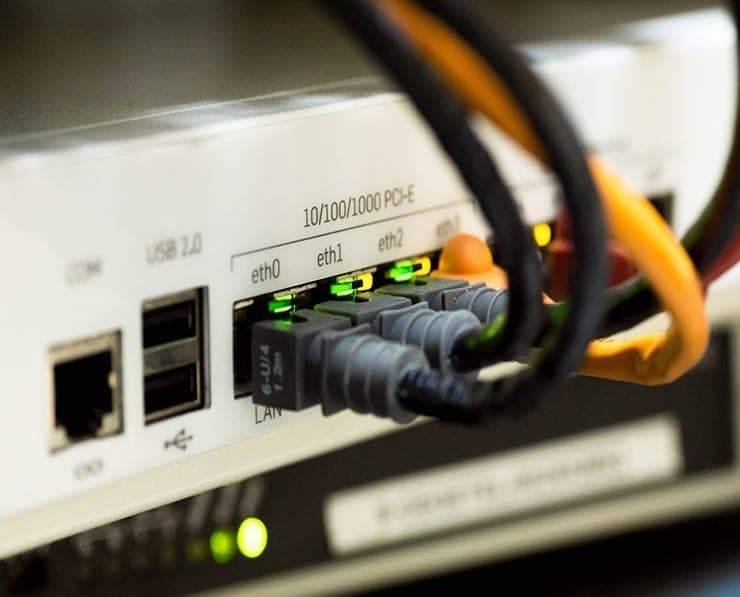 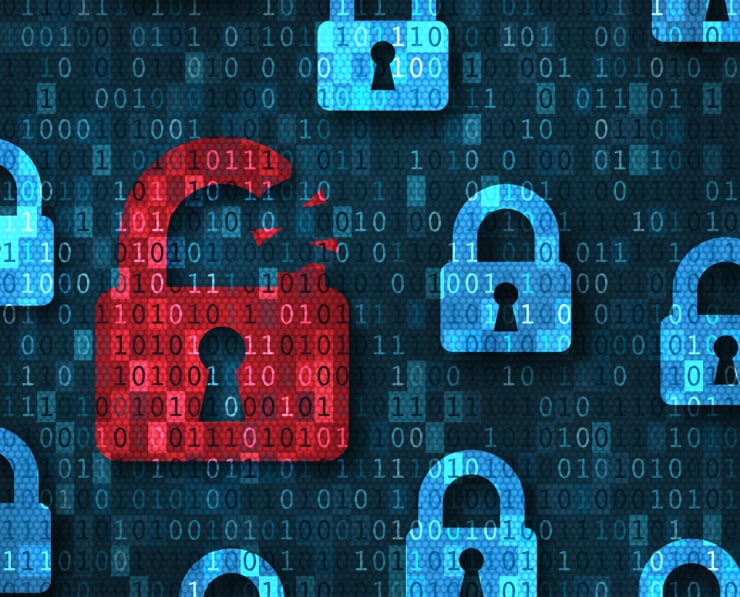 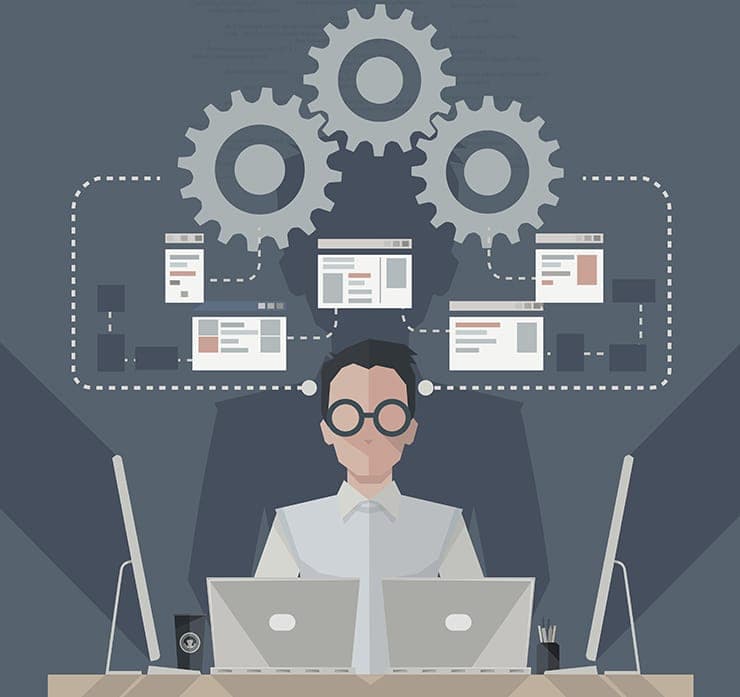 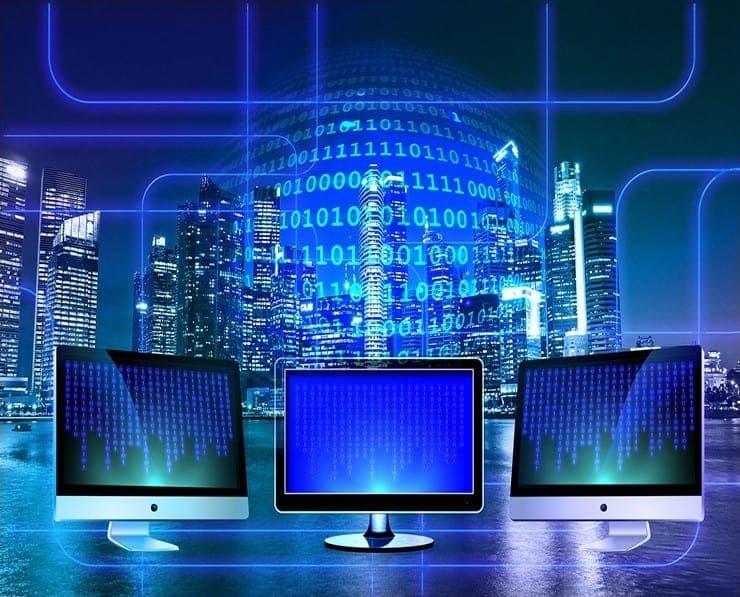 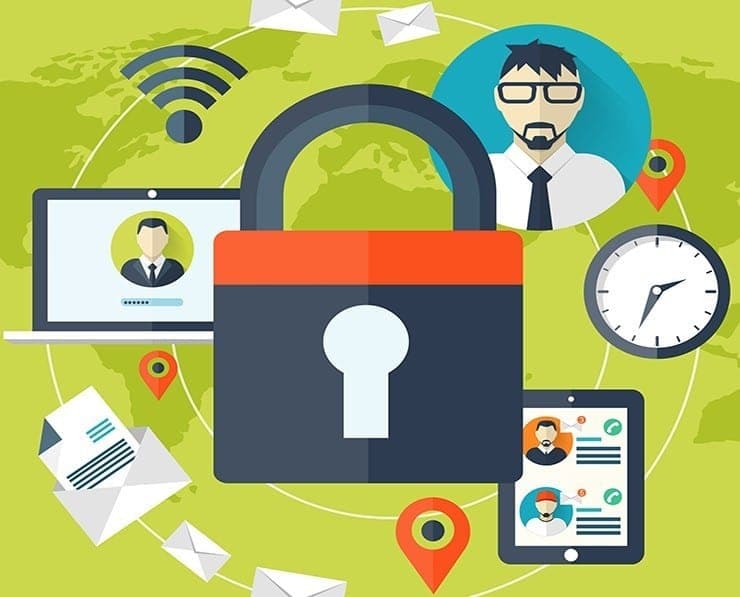